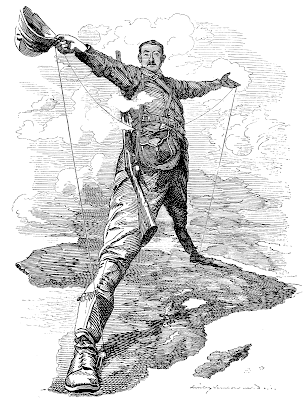 Tribe. The word is bandied about casually in Western newspaper headlines referring to African conflicts. From the likes of the Daily Mail to the BBC.

What these headlines fail to recognise are the underlying assumptions on which the word is based.

‘Tribal conflict’ implies primordial origin. It overlooks history, context and rationality by explaining away violence in Africa as natural and instinctual, by infantilising tensions as the product of barbarianism and not circumstance.

This is ahistorical. To begin with, the West was instrumental in creating these tribal identities. Socially arbitrary borders devised at the Berlin Conference created nations that contained a variety of languages, ethnicities and cultures. It is not difficult to see how it would be hard to generate a sense of national identity in a country like Senegal, which   has thirty six active languages.

Heterogeneity does not necessarily generate tensions in itself. It was European colonialists that created conflict by constructing identities around these ethnicities in order to divide and rule. Take Burundi and Rwanda for example. The idea of Tutsi superiority was manufactured by the Belgians.

Rather than primordial, conflict in African nations can be seen as a product of specific historical circumstances. The slave trade, colonialism, and Structural Adjustment Policies and their successors have created weak economies and exclusionary domestic politics.

In this context, the ethnic identities generated by western interests have mobilised, often for survival, in a fight for scarce resources and concentrated sources of power.

Of course, to suggest that there are not violent or opportunistic individuals living in Africa, as there are on any continent, would be equally ahistorical. Some African elites are complicit in creating and maintaining conflicts for their own ends.

However, the reason violent and opportunistic people are able to do so in Africa and not in Britain is the result of a particular history. A history in which, coincidentally, the West has been a malignant force. To reduce the cause of conflict in Africa to tribalism is to comply with that malignance.
News