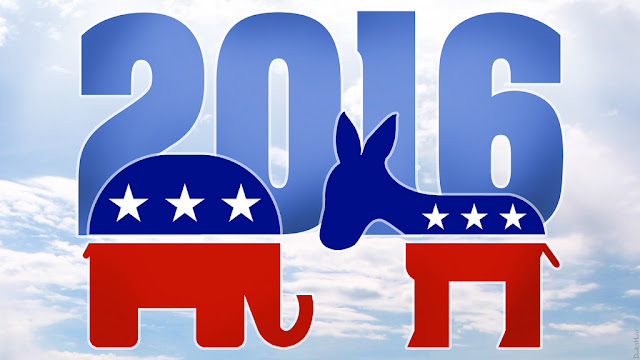 March the 1st was Super Tuesday. On this day Republicans and Democrats from eleven US states will vote respectively for the candidate they wish to represent their party in the upcoming presidential elections. The result will be a strong indicator for the outcome of the overall race. So, let’s have a whistle stop tour of the potential candidates for candidacy on both sides.

By far the biggest establishment name; but then again,name doesn’t ensure a competent strategy- Jeb Bush hands out turtles to children telling them slow and steady wins the race. Well, he did. Until he lost. On paper Clinton is a beacon for the liberal youth; she champions universal equality, free healthcare, the separation of church and state, and Keynesian economic policy. She is, after all, potentially the first female president.

Why then, did CBS entrance polls find 86% of female Democrats under 30 years of agewere going to be voting for Bernie Sanders in New Hampshire? There is just something inherently unpassionate about her. Voting for her is like listening to aeroplane safety instructions: I know it’s probably for my own good, but there’s nothing exciting about aeroplane safety instructions.

The dark horse of primaries. That is unless you include John Kasich. Though polling at 4% he’s the horse someone should probably put back in the stables before he does any more damage to himself. Ah, Bernie, an old white guy, how refreshing, I hear you sigh. Well, in fact he is. This is a man who has stood by his socialist principles since the 1960’s. A socialist presidentwould be just as big a deal as a female president. This is America, the country that for half a century routinely sent thousands of troops to places thousands of miles away to prevent the possible spread of socialism; to Vietnam, Grenada, and South Korea to name but three.

Now, I’ve never been water-boarded, per say. But I can imagine it would feel like a cool shower in the summertime compared to the feeling I get when I look at the leathery satsuma that is Trump’s face. I mean seriously, he has the policy acumen and the appearance of an old boot. Coincidentally, he supports both waterboarding and more boots on the ground. Lindsey Graham, a Republican Senator, once described choosing between him and Ted Cruz as like choosing between being poisoned or shot. I would argue that both are far too speedy a death: at this rate we’re going to have to put up with Trump till at least November.

If you’re thinking about choosing the ‘being shot’ option, then good news! Your chances will actually increase under Cruz, who supports de-regulation of gun ownership. But who is Ted Cruz? He’s the one that looks like a square block of butter that’s melted at the edges, with a smile that says I’m lowering taxes for the rich.

When asked by Fox News to put himself in the shoes of the victims of the Oregon gun massacre, Carson chuckled“I would not just stand there and let him shoot me. I would say, ‘Hey guys, everybody attack him. He may shoot me, but he can’t get us all.’”Enough said.