Strong and Stable or Story over Substance? 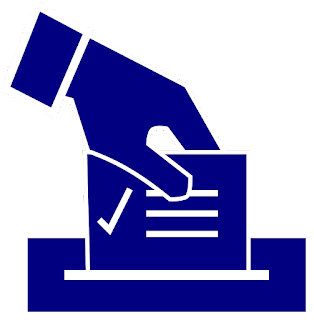 Vote with your wallet. This has traditionally been the driving philosophy behind election outcomes. It is primarily for this reason that Callaghan, Major and Brown lost, to name but three.

Voting since 2015 has been a different story. ‘Story’ being the operative word. For the importance of material reality has become subordinate to grand narratives.

Certainly, economic indicators are still a priority for many, but the deciding factors in the general election of 2015, the Brexit vote of 2016 and, inevitably, the election of 2017, have been and will be abstract ones.

Take Brexit. This was appealed to on the basis of principles; phrases like sovereignty and standing on our own two feet. These words do not have a substantive meaning. They are not a policy prescription or a plan of action. They are not objective measurements nor do they have agreed definitions.

Rather, their appeal is founded in the fact that they can mean for any one individual what that individual wants them to mean. It matters not that the idea of sovereignty in a globalised society is a fallacy. What matters is that the words provide a meaning, a purpose.

At the moment, the Conservatives lead by 19 points. This is despite the decline in material conditions over the last 7 years.

80% of NHS hospitals are in debt. Mental health funding has been cut by 600m since 2010. The average asking price for a house is over £300,000. The value of the pound is at its lowest since 2008. Nonetheless, the Conservatives are in the lead.

Of course, the Corbyn factor must be taken into account, but Corbyn’s ineptitude and May’s ineptitude are not mutually exclusive. Certainly, his weakness alone does not explain the size of May’s lead.

Instead, the Conservatives have garnered this support through narrative. The most recent narrative is of “strength and stability.”

Stability and strength means little in and of themselves. Strength relative to what and by what means? Stability in terms of economy or housing prices or job security?

There is little evidence to suggest that we are economically stable, that the housing market is stable, that our jobs are stable; in fact, the fluctuations in currency, the lack of affordable housing and the continuation of zero hours contracts suggest quite the opposite.

But to focus on quantifiable information is to misrepresent the terms in which voters now decide. Since Cameron became Prime Minister, the electorate has been increasingly content with receiving narratives rather than material change.

We are not a stable country, but the idea of stability appeals to peoples’ desire for consistency and security. Of course, narratives have played a part in every election and our wallets continue to do so. The difference is that material reality is now subordinate to narrative.

Published in the Stroud News and Journal 7th May, 2017.