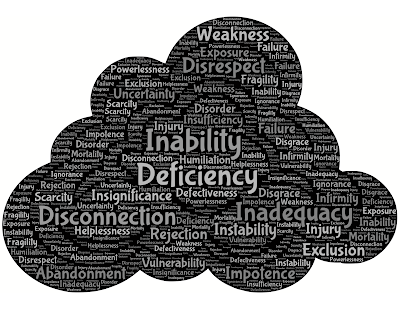 It’s a Thursday night. Everyone’s getting ready for Mission. Sarah’s doing her makeup, Alex is showering, David and Francis are already getting a buzz onto JB’s new album— and you’re hyperventilating on the floor of your room because your back hurts a bit so you’re probably going to die.

Better not let anyone know, though; it’s embarrassing.

Pre-Drinks have begun. A few friends have come upstairs from the flat below, and you’ve engaged in conversation. One friend is saying something about Corbyn and you’re listening, well – trying too. It’s hard to concentrate when you haven’t quite finished painstakingly planning the night out in your head for the hundredth time.

A thousand ‘What ifs?’ are making your head implode. What if you’re too hungover and go through an hour of the next day below 100% productive capacity, or you don’t perform to your highest standard at the gym. You’ll probably fail your exams, or gain weight, or waste your life away never achieving anything. And besides, do you really have the money? What if it’s not worth it?

Better keep it to yourself, though; they probably won’t understand.

You’ve been at the club for an hour now. There’s an overwhelming amount of noise, lights and people, and no easy escape. Everything has become an intense external pressure. With your heart racing and anxiety spiralling, you’re instinct is fight or flight. And, as far as I’m aware, the effectiveness of hand to hand combat with a sound system is limited. You’ve got to leave. You’ve left.

You’ll tell them you were just tired, though;don’t want to seem abnormal.

Statistically speaking, one of your friends on a night out could have anxiety (figures vary from 1 in 6, to 1 in 10 people). Yet the perplexing stigma surrounding mental health issues means that many of us are unaware of this.

Partying can present those individuals with catalysts for symptoms of anxiety. There is an increased number of variables out of one’s control, a lot of new social interactions and a huge amount of stimuli. Combine this with the influence of alcohol, and the results can be similar to those hinted at in the sections above. This might include catastrophizing, health anxiety, nausea, panic attacks and a generalised inability to enjoy the present.*

Though mental health problems on the whole affect 1 in 4 of us during our lifetime, the counterproductive, ‘hush-hush’ atmosphere surrounding the topic means we often find it hard to share these issues.Suffering from anxiety on a night out, combined withthis feeling of isolation, can result in avoidance of social scenes such as partying.

For if the discussion of mental health becomes widely socially acceptable, then the cost attached to social activities, like partying, for those with mental health issues,like anxiety, can only be reduced.

*Note: this is far from a complete list of symptoms.

Published in the Gryphon, June 2016.
News