How Do You Rationalize a Vote for Trump? 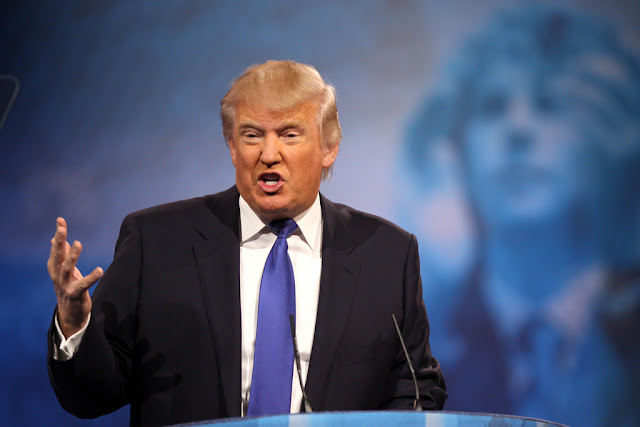 President-elect Donald Trump has been heralded by his supporters as the underdog who fought for change against the media and the administration, but to label Trump as an underdog is to mistake a populist for a dark horse.

Trump is by definition not an underdog. Entering adulthood with a loan from his father equivalent to $31m by today’s standards, he kept his subsequent ‘empire’ afloat through tax evasion and borrowing a further $9m from his future inheritance. It is from this economic base that the President-elect fuelled his campaign, winning in a wide but abysmal field of Republican candidates.

Compare Trump’s rise with that of Obama; a senator with so much talent that within four years of entering national politics he would beat the favourite- Hillary Clinton- to become the democratic nominee and the first black president of the United States. This was achieved despite aggressive racism aimed at him from the Birther Movement, of which Trump was a member and the anti-Muslim right, of which Trump was also a member.

But the underdog mantra says a lot about the supporters of Donald Trump. He is heralded as a challenge to the elites of the administration, typified by Hillary Clinton. The first reason for this is that white, blue-collar America has been left behind by globalisation. Low-skilled jobs have been outsourced to Latin-America through NAFTA or East Asia through the Trans-Pacific Partnership. New employment opportunities have been generated mostly in infant technology sectors, providing no respite for manual labourers.

However, as voting records show, Donald Trump was not elected simply by old, blue-collar America. For example, the majority of 18 to 24-year-old white males supported him. This leads us to the second reason why Donald Trump is identified as an underdog; because he represents the deep-set prejudices held by 47% of America that were, until now, slowly becoming illegitimate political stances.

Over the past 60 years, since the abolition of Jim Crow, Democrat elites and Supreme Court Justices have slowly pushed a progressive agenda up the Capitol hill. Cultural norms of acceptance and tolerance were gradually put in place through the separation of the church from the state and through equality measures in gender, sexuality and race. These norms chiselled away at American social divisions and influenced most prejudice-holders enough to encourage them to suppress those opinions.

Since his rise to Republican nominee, Trump supporters have claimed he represents the ‘forgotten’ concerns of those left behind by the elite politicians; concerns now shunned, apparently incorrectly, by ‘political correctness.’ So let’s consider them:

A person’s religion or race means they are unable to perform their job properly; 1.9m Muslim American citizens should be deported, because of their religion; Mexicans are rapists; having a black president has incited black ‘thugs’ to destroy Baltimore, among other cities; women should be fired on the basis of being overweight or unattractive; you can molest and sexually harass women; disabilities are cause for mockery; it’s cold in New York and consequently we need global warming.

These are the concerns of Donald Trump and subsequently therefore, apparently those of forgotten America. This raises the question, why should we not ignore these particular views, just because they are held by large proportion of the electorate?

The standard answer is that it would be undemocratic which is both hypocritical and short sighted. Firstly, to support Trump is to support a man who has consistently undermined democracy. He has called for the assassination of political opponents, the imprisonment of political opponents, challenged judicial independence based on race, and called for the deportation of American citizens based on their religion, undermining civil liberties in general and freedom of religion in particular. Finally, he refused to accept the result of the election if it did not go his way, contradicting the fundamental democratic principle of a peaceful transfer of power.

More importantly, “being democratic” is, in itself, not an argument.

Like every political system, democracy contains flaws and so its limits must be recognised. To elevate democracy as a purely positive value is to fail to comprehend it. Just because a majority of the population holds an opinion, such as stripping Muslims of their citizenship, does not mean it is right – else we live in a tyranny of the majority. It is difficult not to notice that the abolition of slavery, votes for women and minorities, and gay marriage have been imposed from above. 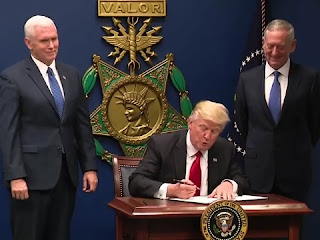 But “Change!”, cry the Trump supporters, “We excuse Trump’s faults because we want change!” I don’t doubt that, but I doubt it is in spite of his flaws. Trump has offered little policy at all, bar vague notions of building a wall on the southern border and preventing China from “raping our country.” No, the only change Trump has offered is a change in norms, a legitimising of hatred and fear of ‘the other.’

Last Tuesday’s election was one between the woman who might not do as she says in office and the man who, horrifyingly, just might. What is most depressing about the result is not that Trump holds office, but that the American people chose to put him there. Unlike Brexit, in which deceit plagued the campaign, Trump has been elected on a manifesto of hatred. It is a sad day when one realises that those of us that prioritise equality, hospitality and acceptance are now, in America at least, a minority.

Published in The Gryphon, December 2016.
News