Here’s what you can buy with 25p, the PM’s additional investment in mental healthcare 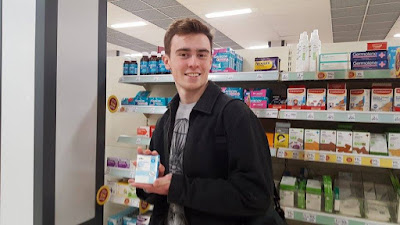 Theresa May made a speech last week in which she unveiled her plan to “transform mental health support.” She spoke of training teachers and GP’s, she spoke of a Task Force in the workplace, she spoke of digitally assisted therapy, she spoke, and she spoke. But underneath her words, the only funding that has actually been set aside by the treasury for these initiatives is a £15m investment in ‘community-based care.’

£15m works out at around 25p of investment per each resident of the UK. Now whilst I am delighted by any recognition and de-stigmatization of mental health issues, 25p wouldn’t get me any change out of a Freddo.

So, I went out to see what 25p was actually worth and compiled a list of how that money might be invested into mental health. Here are the top 10:

It can be hard to face your inner demons, but it’s much less hard if they’re wearing tiny pink flip flops.

Why fake a smile when you can literally draw one on, Thanks Theresa!

No need to fill in those pesky counselling forms at the doctors. Now you can come prepared with a measurement of your sadness to the nearest mili-meter.

It is claimed by some that a placebo is just as good as paracetamol. These are probably the same kind of people that think vaccinations cause autism or that a mental disorder is just a state of mind. “Just try thinking positively, haven’t you seen that meme of a forest?”

Two packets of tissues per resident, no more, no less. Rationing Lenin would be proud of.

Useful for putting the pieces back together. Alternatively, you can kidnap Boris Johnson and use the tape to cover his mouth, before investing the ransom money where Theresa May hasn’t. (Disclaimer: there may never be enough tape for this exercise).

Maybe no one else loves you, but as long as you feed it, your cat will.

If the idea that a marketing team collectively settled on the name “Rim Block” hasn’t instantly cured you, then I don’t know what will.

Nothing says I’m coping like ‘Chow Mein for one.’

This one’s for your cheque book Theresa, you must’ve put the decimal point in the wrong place. We all make mistakes.

Want to “find out all about the action-packed year of the four coolest guys in pop?” Apparently, you still can. If you and three friends put your pennies together, you can buy this perfect distraction from that sense of ever-impending doom, and still have enough change to feed one of your cats.

Published in The Tab 2016
News Satire