Brexit: The End of British Culture? 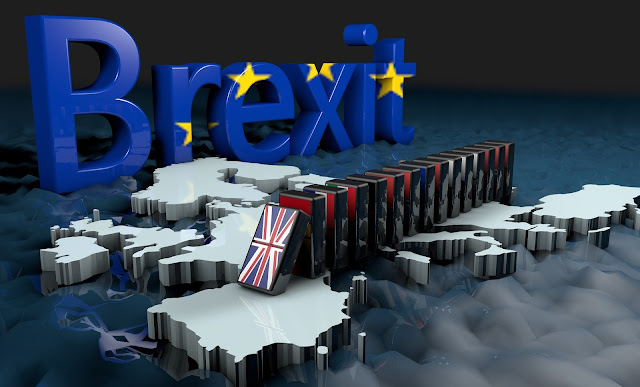 Wouldn’t it be ironic if Brexit was the very undoing of British culture. That the rhetoric
of ‘taking back control’ from Brussels and, implicitly, immigrants, was in fact self-destructive. Yes, wouldn’t it be ironic. Now, whether you’re nodding in agreement or already angrily frothing at the mouth to offer a rebuttal in the comments section, let me explain.
British culture has always been uniquely self-aware. From the island of Europe we would look upon the blinding patriotism of america, bewildered at their election of leaders via year long parades of eagles, red white and blue explosions and NRA brown nosing. There, the elected became religious Marmite; either the second coming or the antichrist. Here, we would quietly vote for our politicians and sit with a stiff upper lip for the next five years, quietly cynical, whether we voted for them or not.
The British have always treated their country with objective realism. The weather is too wet, and for the annual three weeks of sunshine its too hot. We burn too easily, we cant dance, queuing is the only way anything gets done, property prices are terrible and the traffics never been worse. And that’s not to say it’s any better anywhere else, but the British, for the last century, have been uniquely aware of these flaws.
Sarcastically, we have always been aware of our own hypocrisy. We import our staple drink from India, our football team is the greatest in the world not to win anything for the last 50 years, our most British vehicles are from Germany, our favorite meals are watered down Asian delicacies, our furniture is Swedish, our televisions Japanese, our kebabs Turkish and our salads Greek.
Yet the Brexit campaign and its narrow victory in the referendum has unleashed a can of worms that is eating away at our Granny Smith apple of Britishness. The short sighted patriotic rhetoric bordering on ‘make Britain great again,’ was wrapped in the nostalgia of the over 50’s childhoods. It undermined an objective look at the economically languishing, failed imperial power that Britain was in the 1970’s. The campaign, led by populists such as Farage, Gove and Johnson, has legitimized a never-seen-before sense of British patriotism. Slipping away is the awareness we are an insignificant island off the cost of Spain, whose economy is propped up by China and America. Replacing this is the accusation that you don’t love your country enough, that Britain can stand alone, that it is everyone else that is holding Britain back from it’s full potential. Or should I saw England, seeing as the rest of our ‘kingdom’ voted to remain. Apart from Wales; an important net exporter of vowls.
The campaign also legitimized a disregard for immigrants. Suddenly, because they said so, the origins and current structure of our country was no longer built on multi-ethnic collaboration (and that’s a generous term, considering our development as an industrial power owes much to the slavery of six million Africans and the systematic exploitation of Latin America). No. Britain had always been a self sufficient country. A country of hard workers. Not like Brussels, they’ve never had a real job, no, not even democratic. Look at us, we’re the best democracy, (even though no party has won a majority since the second world war) the longest serving democracy (aaaaall the way since 1950, the first election in which each person had one vote).
It is this that leads us too the most destructive element of the Brexit campaign. Apart from those on the far left and right of the political spectrum, British cynicism had always led us to demand empirical evidence from our leaders. But the Brexit campaign taught us that facts don’t matter. The reason poverty figures are rising with property prices, that your benefits have been cut, that you’re kids hate how many exams are in primary school, that you’re working a zero hours contract for a low minimum wage, is not because of six years of Tory government and austerity measures. Of course not! It’s Europe. Just look at it, with its extensive regulations that entitle you to a lunch break and work and reduces the chances of acid rain. Look at it, with its undemocratic commission appointment by an elected parliament, in a similar manner to how the British cabinet is chosen. Gove told Britain that it was “tired of experts,” and Britain replied “you know what, I do prefer my own un-audited opinion over fact.” What matters now is not the circumstances themselves, but how one feels about the circumstances. The Brexit campaign provided 52% of the population with a circular argument that they were happy to accept. For one cannot argue that a person does not have pride or faith in is his country standing alone, he does, he is right that he hold that emotion. Brexit, against the everything that is uniquely British, managed to transform this subjectivity into the currency of the political debate.
News