A Swift Response To: Suicide Squad 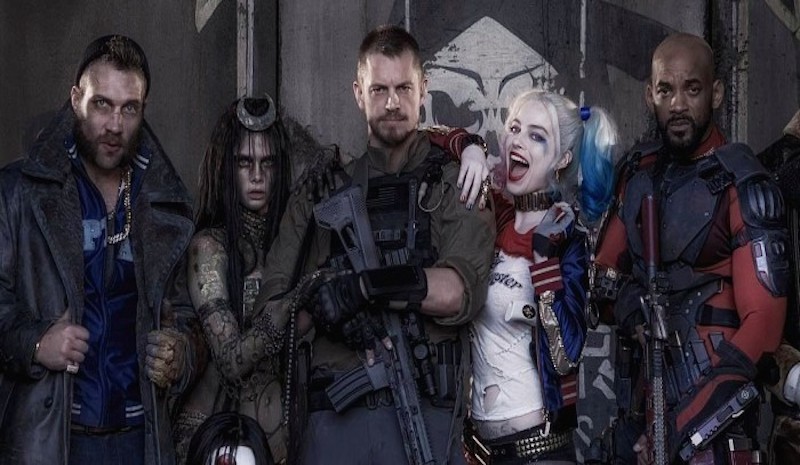 My mother once told me, as my childhood crush turned me down, that everything happens for a reason. It appears David Ayer’s mother did not. For it is without reason at all that each action and reaction takes place in suicide squad. The setup of this movie is promising. What if the next superman doesn’t share the same values we do? what if he’s a terrorist? So the bad guys, starring Deadshot (Will Smith), Harley Quinn (Margot Robbie) and Diablo (Jay Hernandez) are organised into a task force to combat such a possible threat; coincidentally just before the 6000 year old killer witch everyone seems pretty chill about goes awol.

David Ayers directing was about as sturdy as a policy plan formulated by George Osborne; with little previous experience it was arbitrarily cut and glued, sailed for the first ten minutes, and then sunk. The movie appeared to have been hacked into pieces and grafted back together like some sick, Frankenstein monster; although Frankenstein was actually a decent film. Amusing, snappy scenes from the sneak previews had about as much context in the film as they did in the trailer. It was as if David Ayer had observed Simon Pegg’s slick, choppy directing in Hot Fuzz and then paid a child to copy it using Windows Movie Maker.

It was as if David Ayre had observed Simon Pegg’s slick, choppy directing in Hot Fuzz and then paid a child to copy it using Windows Movie Maker.

The antagonist, Enchantress (Cara Delevingne), has little or no motive. In a short, bland scene with her equally psychopathic brother, the pair decide that because humans no longer worship them as in ancient times, they’re going to kill them all. This is interjected by some out of place, black mirrors-esque, awkward social commentary on how humans now “worship machines.” This isn’t the only apparently random sequence of events. For example, when Killer Croc swims the sewers with his team of soldiers in the films climax, the soldiers shank him. Croc survives this, not to mention an explosion that kills a God, unscathed. The acting skills and chemistry of Will Smith and Margot Robbie do provide some respite from this plot-less action porn. They are humorous and engaging, helping to develop at least two characters. Delevingne is less convincing. To her credit she is given little to work with, but her first major role in a blockbuster movie comes across relatively weak. It is of note that two females, Delevingne and Davis make up the two major power players in this film, but this is undermined by the flatness of their characters. Amanda Waller in particular has no desires, personal motives or redeeming qualities, she’s just there.

DC’s reluctance to do anything meaningful with their characters has reduced the Suicide Squad franchise to a money making scheme.

The attempted backstories and motives of most of this vast cast are contrived and muddled. We are given no reason to care about Dune Moon, Killer Croc or Captain Boomerang, and when Slipknot’s head is blown to pieces I couldn’t help but think that at least there’s one less person to keep track of. What is equally depressing is the realization that the producers axed Slipknot not as a plot ploy, but as the least likely to produce any kind of spin-off. DC’s reluctance to do anything meaningful with their characters has reduced the Suicide Squad franchise to a money making scheme; proven not least by the fact that the “worst of the worst” are all sickly sweet underneath and no one else dies in this supposedly ‘suicide’ mission.